I helped Viragrow put together some items on sale that I thought would be valuable this time of year including Neem, Bt, foliar iron sprays, good lawn fertilizer and others.

Neem. Neem acts as a natural insecticide in several different ways but it will not give you the quick killing action of some fast acting insecticides such as insecticidal soap.
First, Neem is an oil. When oils are used to kill insects it smothers very small insects with a layer that interferes with their uptake of oxygen so they suffocate.
Secondly, and not understood very well, Neem disrupts the normal activities of insects that happen to eat it or take it up inside their bodies. The activities disrupted include normal eating patterns, mating and egg-laying. So you can see that you might not see an immediate “kill” from applying Neem. It is slow to act.
Neem does not last very long on the surface of plants applied to soils. It is broken down very quickly lasting one or two days max. Neem should be applied as part of an integrated pest control program combined with other insecticides of choice.
Neem has been promoted as a fungicide but so have many of the other plant oils as well such as jojoba, clove oil, cinnamon oil, etc. For us, Neem is primarily an insecticide.
Bottom line – use it for chewing insects or insects that groom themselves often. Insects need to take it inside their bodies. Don’t expect a rapid kill. Repeat applications in rotation with other insecticides now and through the growing season.

B.t. (Kurstaki). B.t. a natural insecticide that does not kill insects quickly but in a day or two. It kills ONLY the larvae (grub or worm form) of adult insects that become moths or butterflies. Bt is applied to plant leaves and when larvae eat the sprayed plant part, it takes Bt into its body. Within a few hours the Bt infected larvae stop feeding. The Bt is activated inside the insect where it creates holes in its gut. Death is caused by this bacterium (Bt) cannibalizing the insect. Death occurs within a couple days.
There are several forms of Bt. Kurstaki is a form commonly used by home gardeners for controlling tomato fruitworm, corn earworm, hornworms, cutworms, armyworms, tent-leaf caterpillar, grape leaf skeletonizer and tobacco budworm among others. It is sprayed near emerging seedlings or small transplants; tomato fruit for tomato fruitworm damage; corn silks for corn earworms; grape leaves for grapeleaf skeletonizer and other applications.

Humic Acid, 8%, Cold Water Processed. Humic acids are found when organic matter is composted and converted to humus. A study conducted at Ohio State University concluded that “humic acids increased plant growth” and plants had “relatively large responses at low application rates”. Humic acids are natural soil chelates, improve soil chemistry and uptake of nutrients, particularly calcium, magnesium and iron. This may be what is needed for older soils where plants are exhibiting poor growth even when fertilizers are applied. Use 2 to 3 oz per 25 gallons.

Iron Chelate for Foliar Applications. This iron chelate dissolves in water for liquid applications to the foliage of plants that are yellow from a lack of available iron. If you missed your early application of iron EDDHA to the soil you can make up for it now by applying this iron chelate to the foliage. You should add 1 tsp of liquid detergent to each gallon of spray and spray as soon as possible after mixing the chelate into the water or acidify the solution. 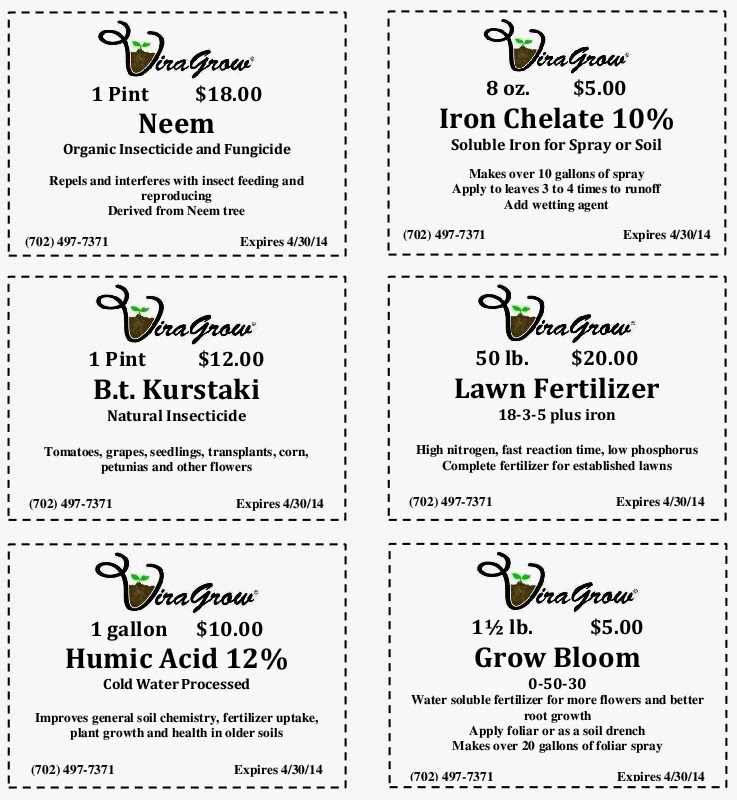 Posted by Xtremehort at 3:09 AM