Q. Do you prefer Neem oil or Horticultural oil when spraying fruit trees? 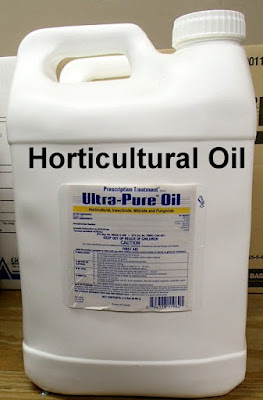 A. Horticultural oil is used for spraying trees and shrubs when leaves are absent during the winter. Horticultural oils, sometimes called dormant oil or even dormant spray, have a very specific viscosity or “thickness” which makes them effective in killing pests. These oils are petroleum-based and refined so they don’t damage plants if applied correctly.
When spraying trees, fruit trees and shrubs make sure the entire plant is covered with horticultural oil from “head to foot”. Neem oil is used primarily during the growing season when leaves and the offending insects are present.
Neem oil is a bit “trendy” right now. And it is plant-based rather than petroleum-based which for some is important. One major difference between neem oil and horticultural oil is the “toxicity” of neem oil toward some insects. Horticultural oil is not “toxic” on its own. It relies on “suffocating” insects for control. 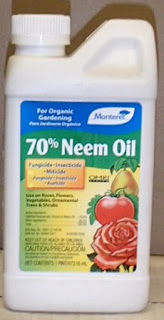 Remember, just like many “organic” pest control chemicals, neem oil is nondiscriminatory in what it kills. It cannot recognize a good insect from a bad insect. You direct the spray towards pests you want to control or food that you want to protect. This is also true of horticultural oils but, unlike neem oil, is frequently applied when leaves and fruit are not present.
Neem oil has been promoted for disease control. A little known fact is that horticultural oils will control nearly all of the same diseases as neem oil. Similarly, horticultural oils can be applied when leaves and fruit are present as long as temperatures are below 80° F.
Personally, I have never found neem oil particularly effective in killing pests although I do use it in rotation with soaps and other organic pest controls. I worry a little bit that there is a wide variation in the “quality” of neem oils being produced and available on the market. Horticultural oils are pretty much all the same. Stay with name brands of neem oil.
Posted by Xtremehort at 12:09 PM No comments: Links to this post

Mounds of Dirt in Lawn from Earthworms


Q. Our Bermudagrass lawn is covered with little "mounds" of dirt. Something is digging in or digging out of the dirt and I suspect it can't be good!  Grubs?  What do I do? 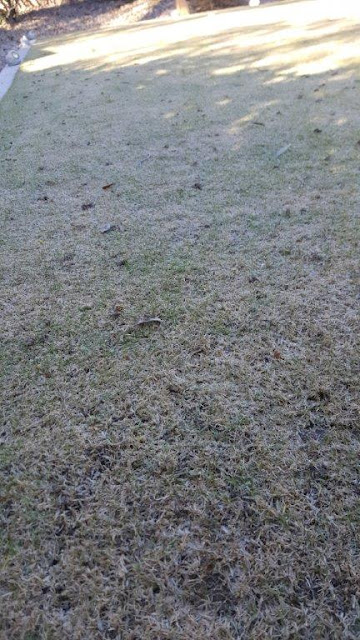 A. These mounds appear in lawns after a long rain or if the soil has been flooded. Those mounds of dirt are excavations from earthworms. Earthworms move to the soil surface when they can’t get enough air, leaving behind little piles of dirt. We also see it in soils that are compacted for the same reason.
There are many earthworms in our soils particularly where plants are growing. They provide a lot of benefit to the soil and recycle nutrients from decaying plants and very small animals like insects. They also create air and water channels in the soil.
Earthworms do not like to be exposed but they will come to the surface if they can’t get the air that they need. The only way they do that is by digging these channels to the open air. In some parts of the country earthworm populations are so dense they create problems when they surface, leaving behind the piles of dirt you’re seeing. In cases like these, people are more likely to ask how to get rid of earthworms.
In your case, don’t worry about it. It’s a good sign. These mounds will disappear after a few more things. If the problem persists and it does bother you, aerate the lawn with a commercial core aerifier and dethatch it.
Posted by Xtremehort at 11:25 AM No comments: Links to this post