Do you want fresh fruit at home? Produce enough high quality fruit to can, dry or freeze and sell to a Farmers Market? This series of 4 classes teaches you, step-by-step, how to create and manage a small-scale orchard in the desert from start to finish. Topics covered include:

Signup for this class here 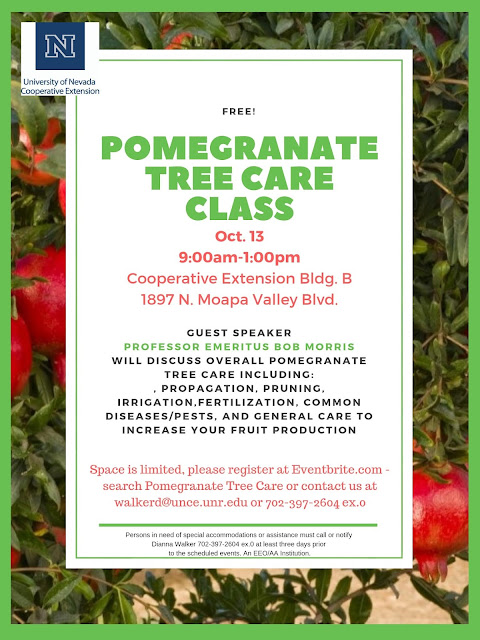 Space is limited and so are tickets due to the size of the classroom..

My presentation is in conjunction with the the University of Nevada Cooperative Extension and the 23rd annual Pomegranate Festival , this year on November 2 and 3, and held each year.

Free tickets for the event are available at Eventbrite but space is limited.

Robert Ll. Morris is a Horticulturist and Associate Professor Emeritus from the University of Nevada who has been working with food and water issues in the arid West and around the world for the past 40 years. Robert spearheaded the University Orchard in North Las Vegas growing a wide range of fruits, vegetables and herbs and pioneered the marketing of locally grown food by small-scale producers in the Las Vegas Valley. He is co-author of two publications published by the University of California and CAST (Council for Agricultural Science and Technology), authored over 35 research articles, over 1,000 trade journal articles, a regular columnist with the Las Vegas Review Journal newspaper, Consulting Editor for HortScience, a flagship publication for the American Society for Horticultural Science. Visit his blog at Xtremehorticulture.blogspot.com. Questions about the class can be directed to his email at Extremehort@aol.com.


Posted by Xtremehort at 1:43 AM No comments:

Q. I have 19 mature, healthy Mexican fan palms pruned every year after flowering. This year they were pruned on June 13 but after three weeks one suddenly died, and another died two weeks later. I used the same pruning crew for 5 years with no problems. I removed about 250 square feet of turf from in front of the trees last year with no other significant changes to their irrigation or fertilization regimen. 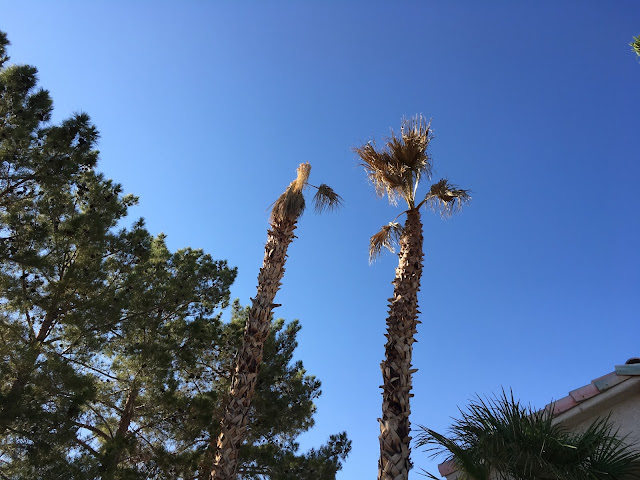 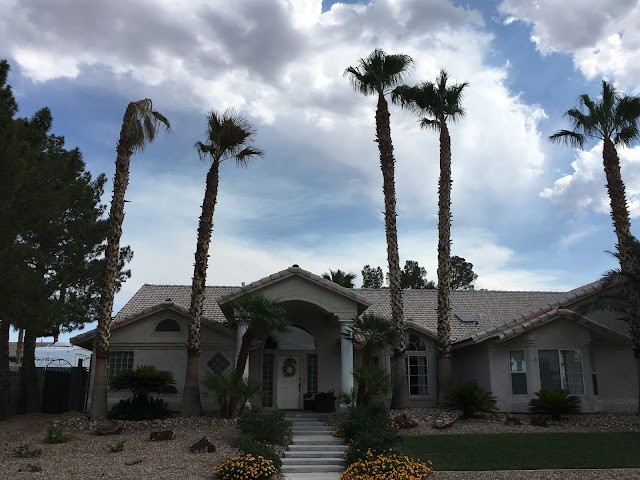 A. They died because the central bud at the top of the tree died. I can’t tell you exactly the reason why they died without climbing to the top, but I can give you some possibilities. Perhaps you can sort it out from there.
I don’t think this is an irrigation issue because it happened too rapidly. It is most likely a disease problem. I would guess it is either from using unsanitary pruning tools or too many palm fronds were removed.

Pruning tools must be sanitized to prevent the transmission of disease from one tree to another. Diseases are passed from tree to tree or even limb to limb by using unsanitary tools. At a bare minimum, pruning tools should be sanitized between job sites. Ideally, they should be sanitized between trees, particularly when pruning “sick” trees.
I like to ask, “Would you let a doctor use a needle or scalpel just used on another patient?” Pruning plants is similar. Disease transmission is less likely between plants that are not similar but when plants are similar, all palms for instance, more care should be used.
Sanitation of pruning tools can be simple; from wiping the tools clean and applying alcohol for Pine Sol or even heating the blade with a Bic butane lighter.


Too Many Fronds Removed

The second possibility is damage to the central bud by removing too many fronds protecting it. The central bud of a palm tree is located at the very top of the trunk. It is surrounded by palm fronds that emerged from the bud earlier in the season.
The newest fronds are clustered around the bud while older fronds are lower and removed as they become brown or drop below horizontal. Older fronds provide no protection to the bud. Horticulturists all agree that excessive removal of palm fronds can lead to palm problems.
Excessive removal occurs when fronds are removed that previously played a role in shading it from intense sunlight or protection from other types of damage. If too many fronds are removed, protection of the bud is jeopardized.
How many should remain after pruning? Enough to protect the bud and provide energy through the leaves for vigorous new growth. Remaining fronds should occupy an upside down half-circle or 180°.
Posted by Xtremehort at 4:36 AM No comments: